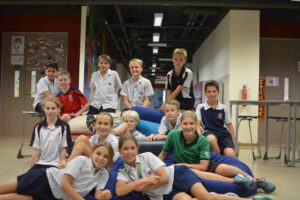 LanguageOne has been acquired by the KMM Group, which also includes the IVIO-Wereldschool. As a result, LanguageOne – the largest provider of Dutch Language and Culture classes – is now part of an organisation with vast knowledge of the educational sector and the financial clout to continue to expand its market position in the Netherlands and internationally.

Educational innovation and growth
For LanguageOne, acquisition by a strong party like the KMM Group is a vital step in order to guarantee continuity and realise further educational development and growth. Jaap Mos, who co-owned LanguageOne until recently, says: “In the last five years alone, LanguageOne has taken over five schools in Asia and the Middle East, established a school for distance learning and developed a new curriculum that was digitised at the end of 2018. It feels good to turn over the reins of the organisation to the KMM Group under these favourable circumstances.”

Unique opportunity
LanguageOne’s successful educational formula will, of course, remain the same. Ensuring stability for the students, teaching staff and employees will remain a top priority after the acquisition as well. The existing management of LanguageOne will remain in place. Deidre Jakobs, managing director of LanguageOne: “I am proud of the efforts our people have made to get us to where we are today. Joining the KMM Group is a unique opportunity. It will allow us, among other things, to respond even more effectively to the need for different forms of education, so that we can provide our students with a solid foundation in an increasingly digitised and global world. The KMM Group’s experience in the field of education inspires great confidence in this next step.”

Worldwide operations
LanguageOne, which operates worldwide through ten schools of its own, is deploying a newly-developed curriculum inspired by the International Baccalaureate® (IB) concept. Its ambition is to serve even more Dutch-speaking young people and Dutch and international schools in both the Netherlands and abroad. LanguageOne’s mix of class room, blended and online learning is catching on. Providing education in major cities such as Shanghai and Dubai is a particularly interesting addition to the KMM Group’s activities in the educational sector.

About LanguageOne
For 35 years, LanguageOne has offered high-quality native-language instruction in Dutch Language and Culture to young people living outside of the Netherlands or Belgium. LanguageOne stems from Rijnlands Education Worldwide (REW), as a result of a need by Shell to provide Dutch education for the children of Shell employees living abroad. In 2012, REW continued its operations under the name LanguageOne. In recent years, the company has grown into an international player with ten schools in Asia, the Middle East, Australia and Europe.

About the KMM Group
The Kennis, Media & Marketing Group is a rapidly growing and innovative group of businesses with over 600 employees, divided across four strong brands: IVIO, Metafoor, Karmac and Prosu. The KMM Group was established in 1998. It originally began with four companies and has now grown to include a total of 22 businesses. www.kmmgroep.nl

To make your visit even better, we use cookies (and similar techniques). This allows us (and third parties) to analyze the behavior on our website. More information can be found in our privacy and cookie statement.
Close